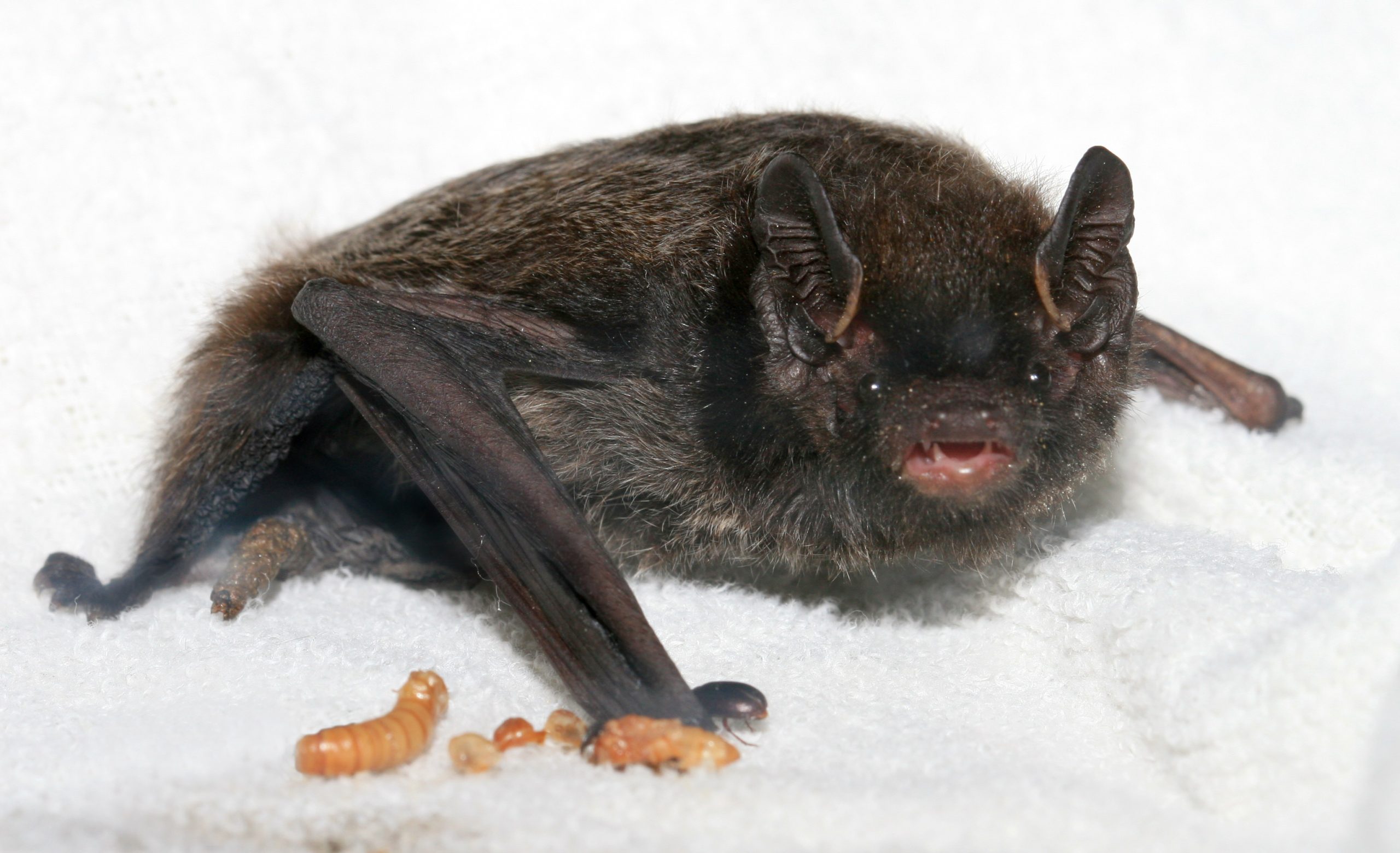 The common tale of blood-sucking bats is a spooky story – but it is also one that relies on false facts. When the Spanish conquistador Hernan Cortes noticed that some bats were drinking the blood of his horses in Veracruz, bats entered popular culture, later being linked (for the first time) to vampires by Bram Stoker, who used the idea of a shape-shifting vampire as a plot device to help his character easily move around. However, out of the 1,300 different bat species around the world, only three species drink blood. Even then, they only go for cattle and horses and will even spit a natural anesthetic before biting their prey – making the bite less painful!

Wildlife Rescue provides care to many of these bats including the Silver-Haired Bat, Little Brown Bat, Yuma Bat, Hoary and Big Brown Bat.

Here are a few fun facts about some of these interesting species!

Found in the Okanagan, Thompson River, and other areas in Southern BC, spotted bats can be identified by their characteristic black fur with white spots. These bats come out at night to eat moths and beetles, keeping our moth population in check! They also use echolocation to spot their prey and are one of the few bat species that have squeaks identifiable to humans.

Unlike other bat species, hoary bats live in a diverse range of habitats and can be seen in Canada, Hawaii, and Iceland! Like other birds, hoary bats will migrate for the winter, leaving Canada for a warmer climate in the south. Their white and grey fur is a great identifier, though their unique method of “hanging out” is easy to miss. These clever bats will hang upside down in trees on one foot, using their furry tails as a kind of sleeping bag by wrapping it around their body to keep them warm. Keep an eye out for them on Halloween night, as they might be out looking for moths and mosquitoes. 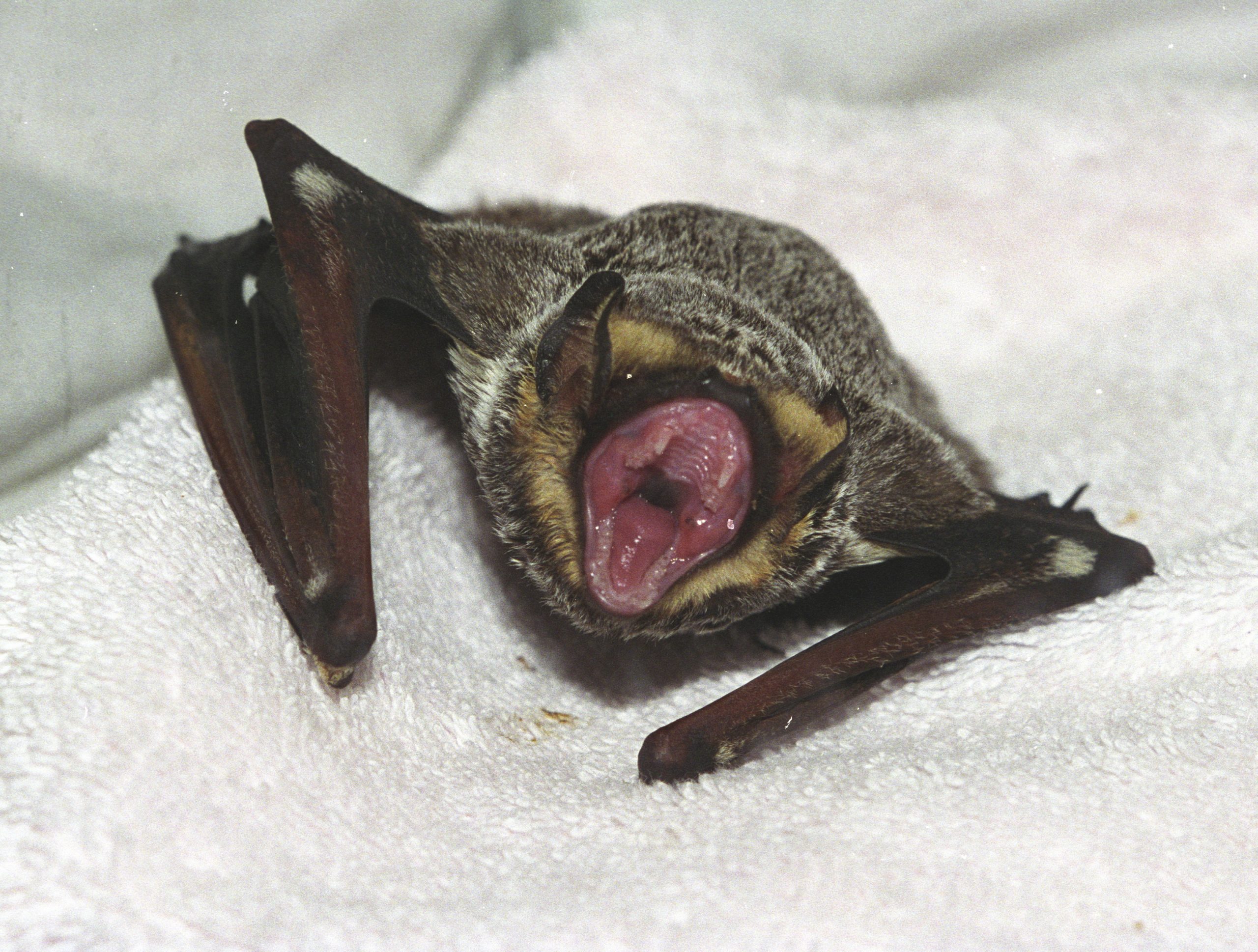 The most common bat in Canada, little brown bats can be spotted from just about coast to coast. With a small weight of only seven to fourteen grams, these small animals have learned that to survive, they need to be creative – roosting in old and abandoned buildings and even eating over 1000 insects in an hour. Mosquitoes, mayflies, moths, and beetles are all common components of the diet of little brown bats!

Why do We Need Bats?

Bats are incredibly important to our environment. At night, they roam the skies as our natural pest control, keeping the populations of moths, mosquitoes, beetles, and other flying insects in check. Not only do they manage bug populations, but they also pollinate plants and fruit species – around 300 fruit species rely on bats to pollinate them.

While bats avoid contact with humans, there are still ways we can do our part and help their survival.

If you have touched a bat, been bitten, or scratched by a bat, then you must seek immediate medical attention and contact your local public health authority. If you encounter a bat in your home or notice abnormal behaviour during the day contact the BC Community BAT Program for guidance. If you see an injured bat or one that has been picked up by a cat, call your local wildlife rehabilitator such as Wildlife Rescue. Take your cat to your veterinarian. Do not release the bat to the wild until you have been in contact with the proper authorities due to the risk of injury and infection to the bat, and the potential risk of rabies for you or your pet.

Rescue injured bats: Never pick up a sick or dead bat with bare hands; use gloves or a shovel to move the animal away from further disturbance. Call the Wildlife Rescue Support Centre at 604-526-7275 for assistance and advice on safe next steps to help injured bats.