Since 1995, North American Eagle Day has been celebrated across the globe. This regal bird and spiritual symbol for Indigenous people once became endangered by hunting and pesticides. After pesticides were banned, laws to protect these eagles were put in place to protect these vulnerable species. This special day celebrates the population growth of Bald Eagles since their protection and endangerment scare in the 1960s. 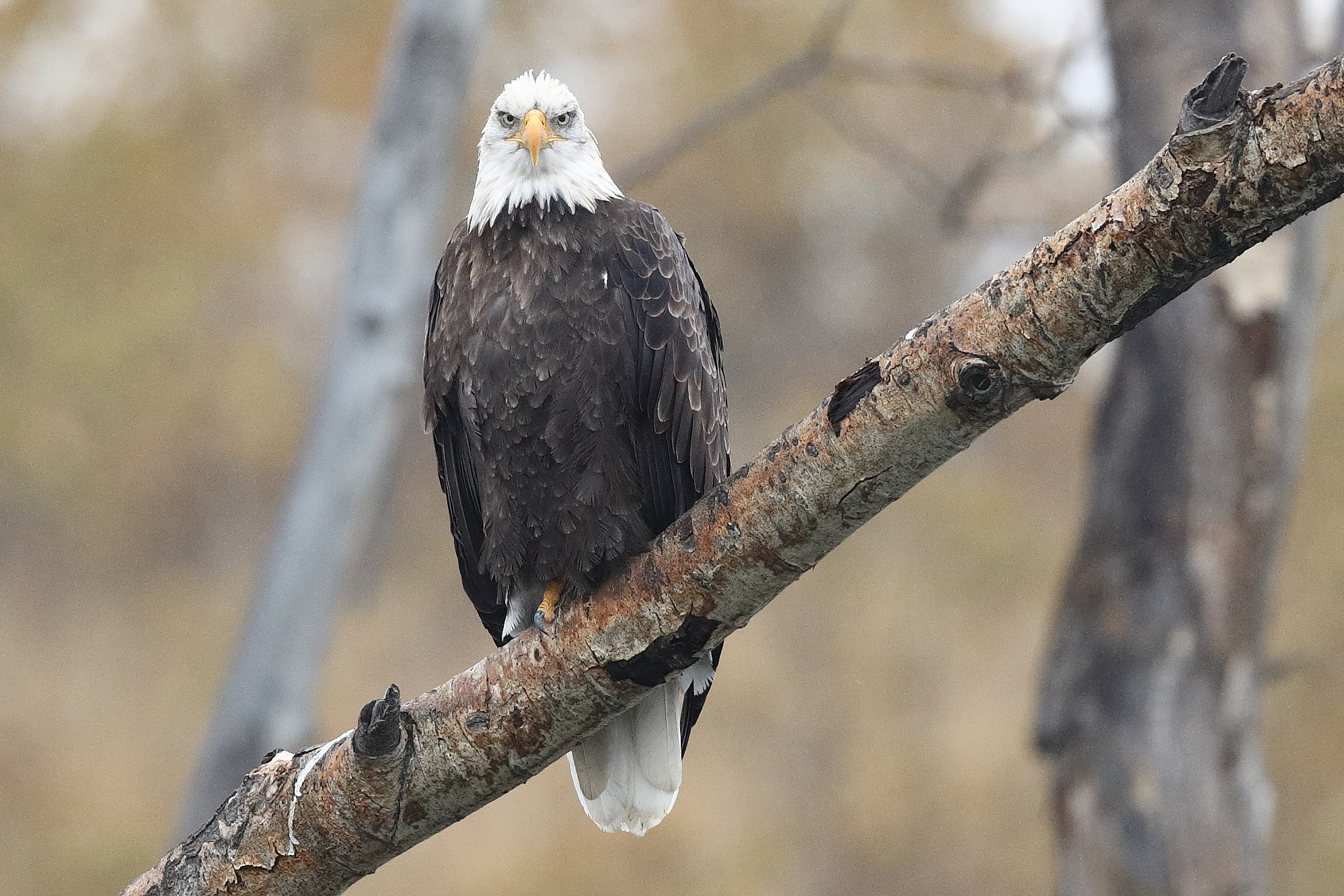 The American Bald Eagle soars high in the sky, flapping low over treetops with slow wingbeats, perching in trees or on the ground. Their large brown wingspan of eight feet, white head, white tails, and long, hooked bills are a staple of the Pacific Northwest and a beauty for many across the globe.

Bald Eagles diet is protein-rich with fish (which they hunt using their talons), but these fascinating birds will also eat mammals and waterfowl, finding most of them near their habitats in lakes, rivers, marshy areas, and along the coast. Bald Eagles mate for life, and often have around two eggs every year in their nests (which are often constructed of sticks).

In the last 20 years, Wildlife Rescue has rescued 33 American Bald Eagles as a result of these unfortunate circumstances. Only 2 were successfully rehabilitated and safely released to the wild.

In 2007, now hospital manager, Janelle Stephenson and Support Team Lead, Jackie M.  helped rehabilitate an American Bald Eagle. This injured bird was found in a pond with wounds that indicated electrocution and soiled feathers.  The treatment procedure was intense and required incredible amounts of work, including cleaning and redressing the wound for the first few days.

Staff provided antibiotics to prevent infections and cleaned off the substance on his feathers.  Large numbers of fish were provided to ensure a protein-rich diet, which helped with the healing and recovery process. After a few weeks in care, the American Eagle was successfully released to its colony. 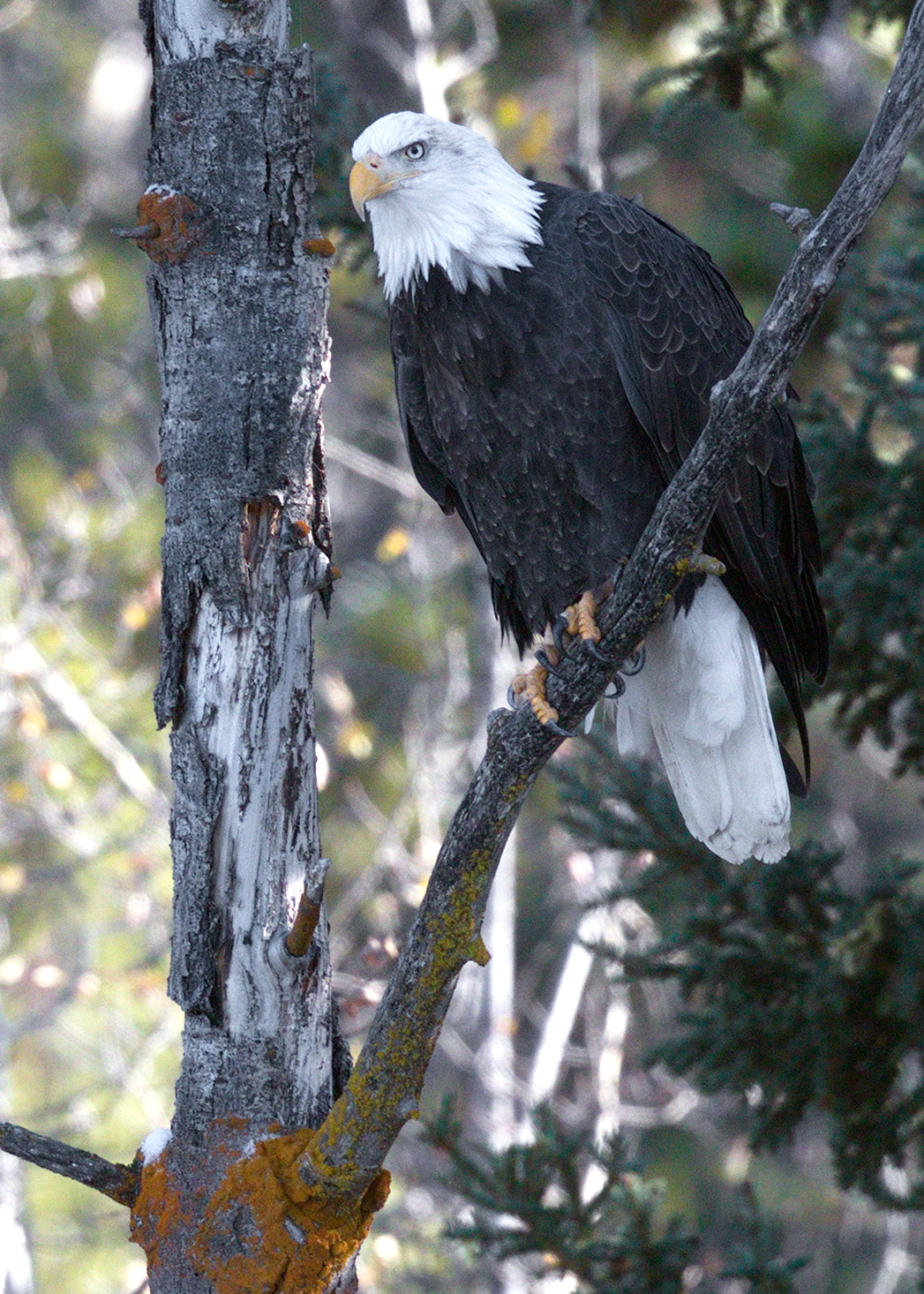 Currently, Wildlife Rescue refers most American Eagle inquiries and patients to our friends at OWL.  Due to their large size and strength, these eagles tend to require an abundance of space and at least two people to handle them and one person to feed them – making rehabilitation a specialized undertaking.

To keep this population strong, there are still several things we can do. Preserving forests by being conscious of waste and preserving healthy trees can help Bald Eagles since forests provide nesting spots. Using natural alternatives to pesticides can also assist Bald Eagles in their survival since pesticides can harm their food sources.

The relatively high number of Bald Eagles is an accomplishment that shows how important wildlife conservation is. To maintain these healthy numbers, all of us can do our part in celebrating and conserving Bald Eagles.

If you see wildlife in distress, bugs or insects covering it, no feathers, or a bird that is sleeping, human intervention is required. Call Wildlife Rescue’s Support Centre at 604-526-7275. To help us return your call quickly, please leave your contact information and observation.