In late February, Wildlife Rescue was alerted to a Great Blue Heron whose beak was badly entangled in netting. Our rescue team was dispatched immediately to assess the situation and attempt rescue. However, since the bird was fully flighted, capture was proving difficult— the bird would simply fly off when approached.

It took two-long weeks, but thanks to our highly skilled and experienced rescue team, the entangled heron was successfully captured! While originally spotted in Vanier Park in Vancouver, this bird was finally captured over 10-kilometres away in North Vancouver– proof of just how challenging this capture was and the hard work it took to bring them to safety.

We also had the support of many compassionate wildlife lovers in the community who monitored the situation and kept an eye on the heron.

A big thank you to all our dedicated rescue volunteers, caring community members, and everyone involved in coordinating this momentous rescue effort! Together, we did it! 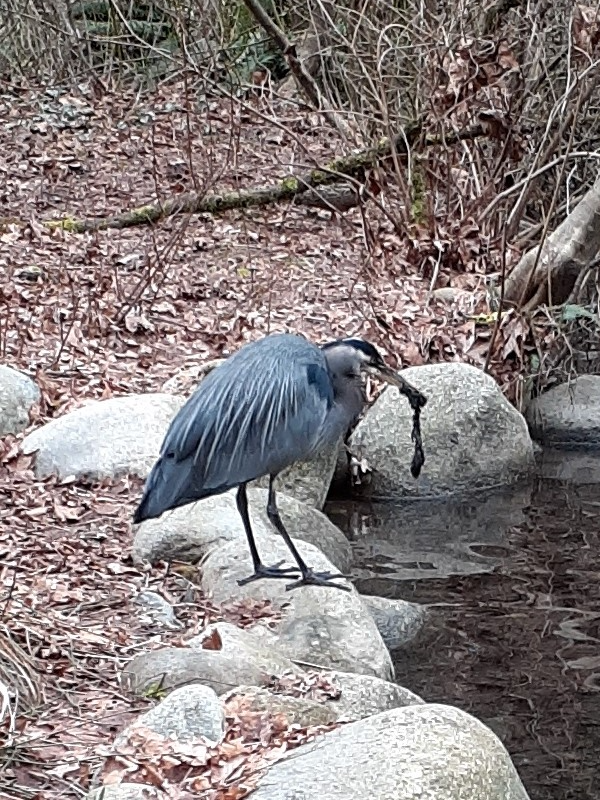 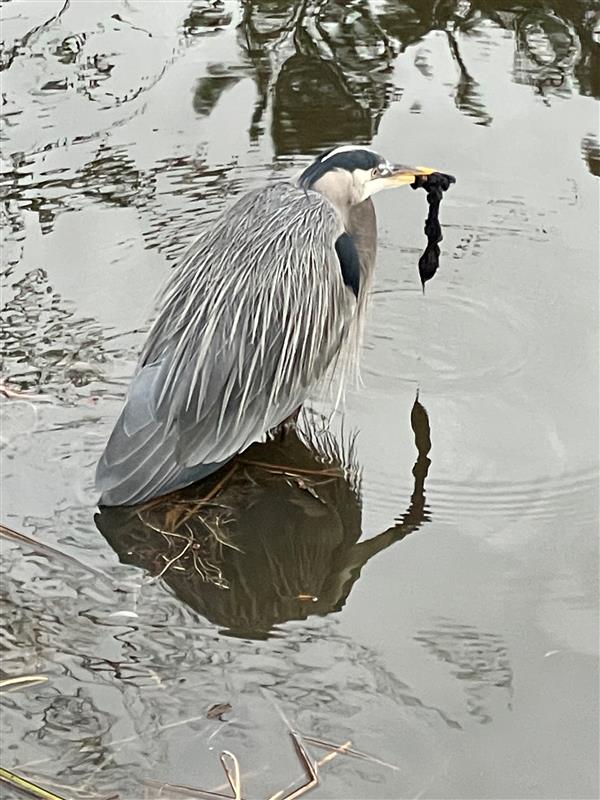 Upon intake, the netting was removed and it was revealed that there was no injury to their beak! The heron was in surprisingly good shape, just a little thin as hunting and eating with the entangled netting would have been difficult. 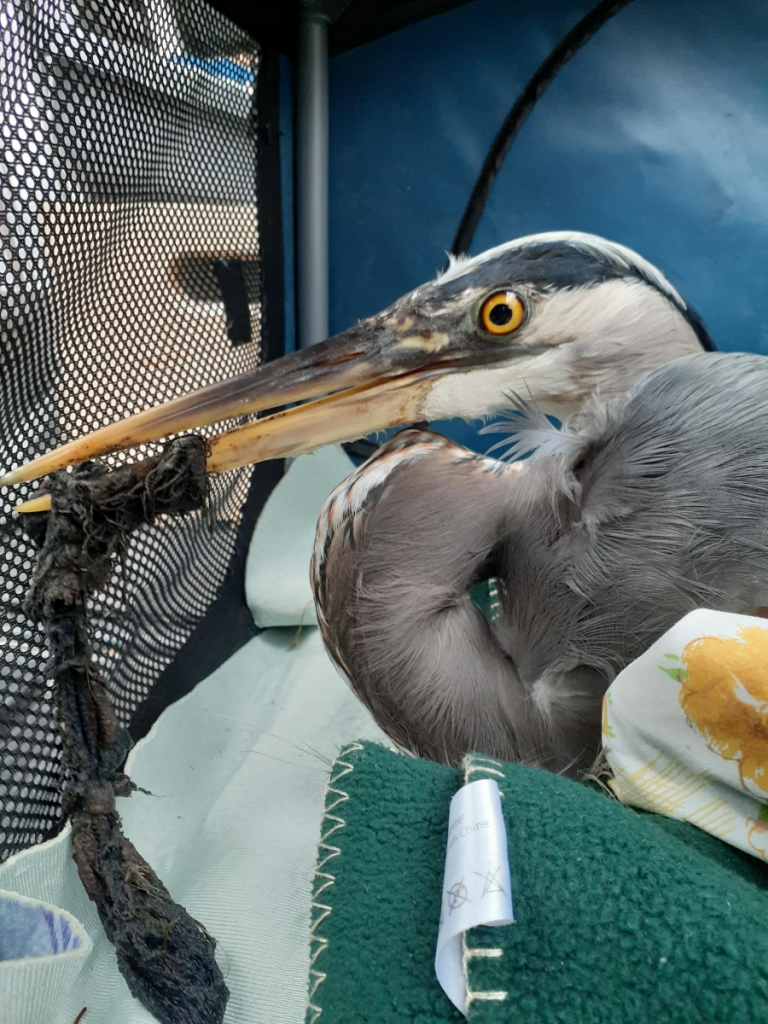 This Great Blue Heron spent the next week recovering in our “Raptor Pen” – our largest enclosure that allowed them to maintain their flight muscles. This bird ate very well and quickly gained back some much-needed weight! 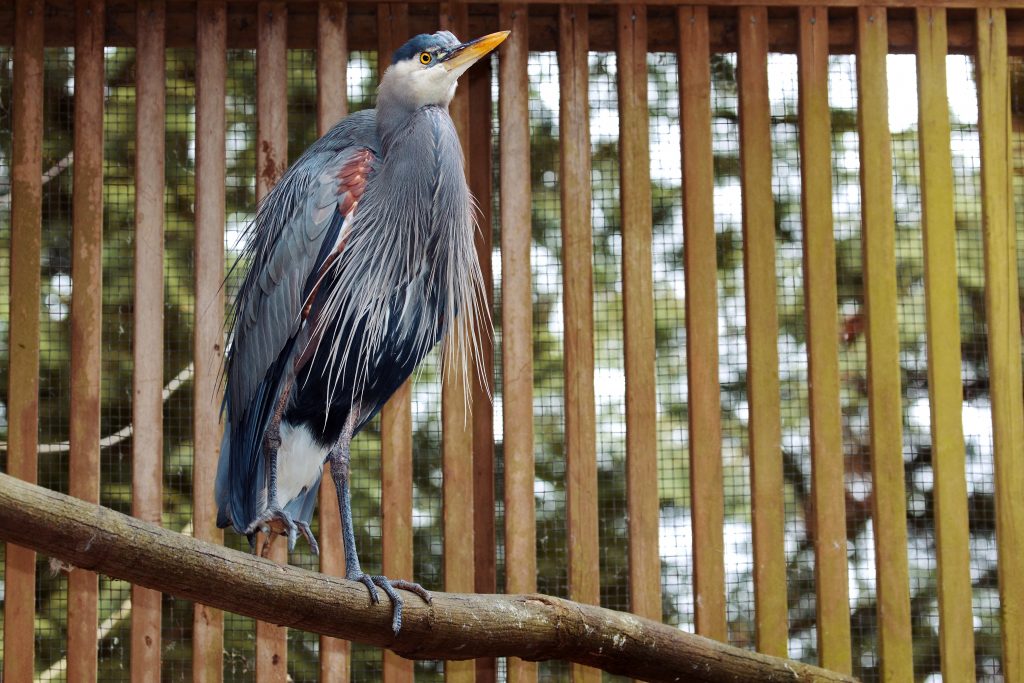 After a short stay this heron had a clean bill of health and was released back to nature.

Watch the video of this Great Blue Herons release >

Complicated rescue efforts such as these are only made possible thanks to the generous donations of wildlife lovers like you.

Thanks to the continued support of wildlife lovers like you, this Great Blue Heron gets a second chance at a natural life. Thank you!