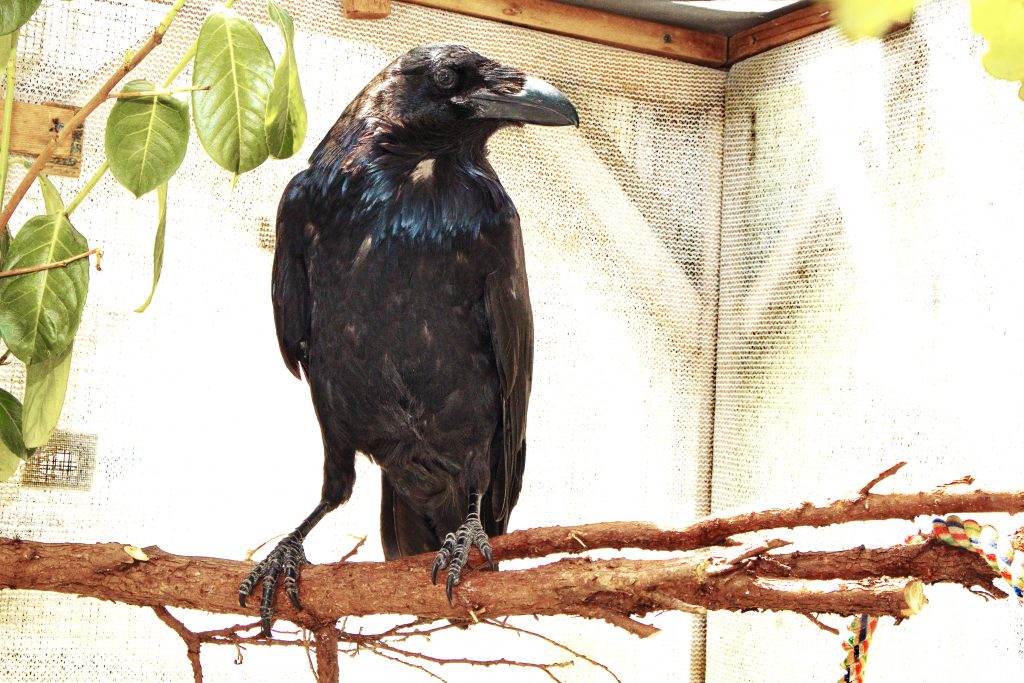 Back at the beginning of May, Wildlife Rescue was alerted to an injured adult Common Raven in Haida Gwaii by Dr. Walton at Dewdney Animal Hospital. This beautiful Corvid was admitted with a large laceration wound on its keel and had to undergo surgery back with the veterinary surgeons at Dewdney.

For the next couple of weeks, Wildlife Technicians worked diligently to keep the wound site clean and continue to re-apply bandages as this smart bird kept removing them!

Keeping a Corvid’s mind occupied in care is difficult! These birds are so smart, they need to be constantly challenged. However, when recovering from surgery, it’s a fine line between keeping them still to prevent further injury, and keeping them from getting bored and causing emotional distress! 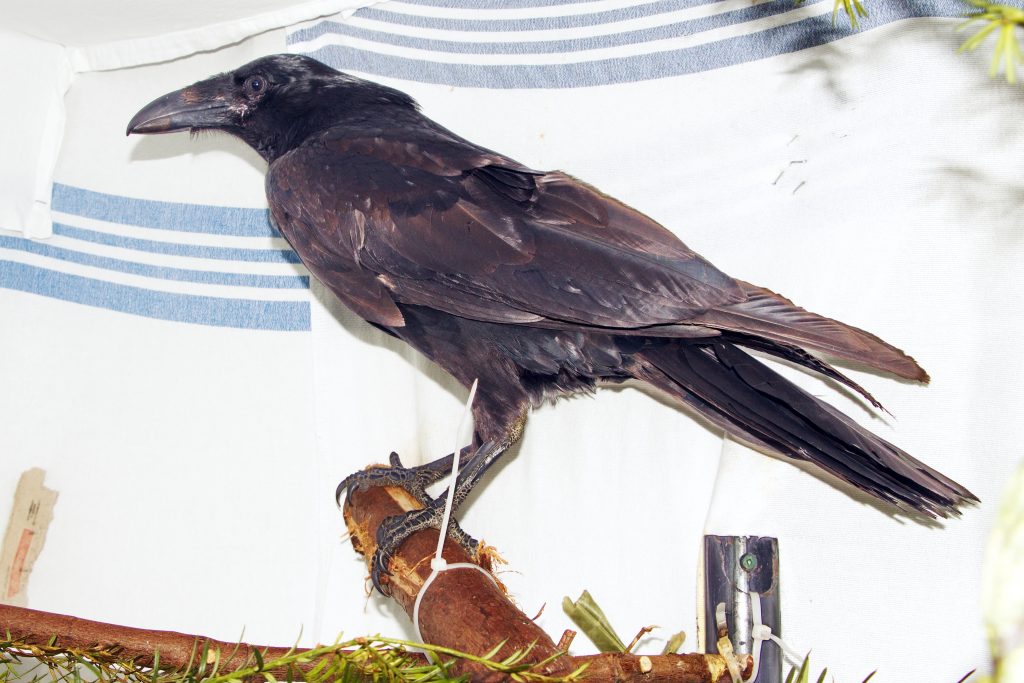 Our enrichment specialist, John, created an enrichment plan specifically for this Raven. This plan included things such as:

Wildlife rehabilitation often requires you to be creative and resourceful. Corvids are highly intelligent, and captivity is boring and uncomfortable. We used what we had to simulate the Raven’s natural habitat and foraging behaviours.

After an extended stay in care, this Raven’s wound fully healed. After a couple of weeks in our “Raptor Pen” where they had plenty of space to practice their flying and build up their flight muscles, this bird was ready for release! 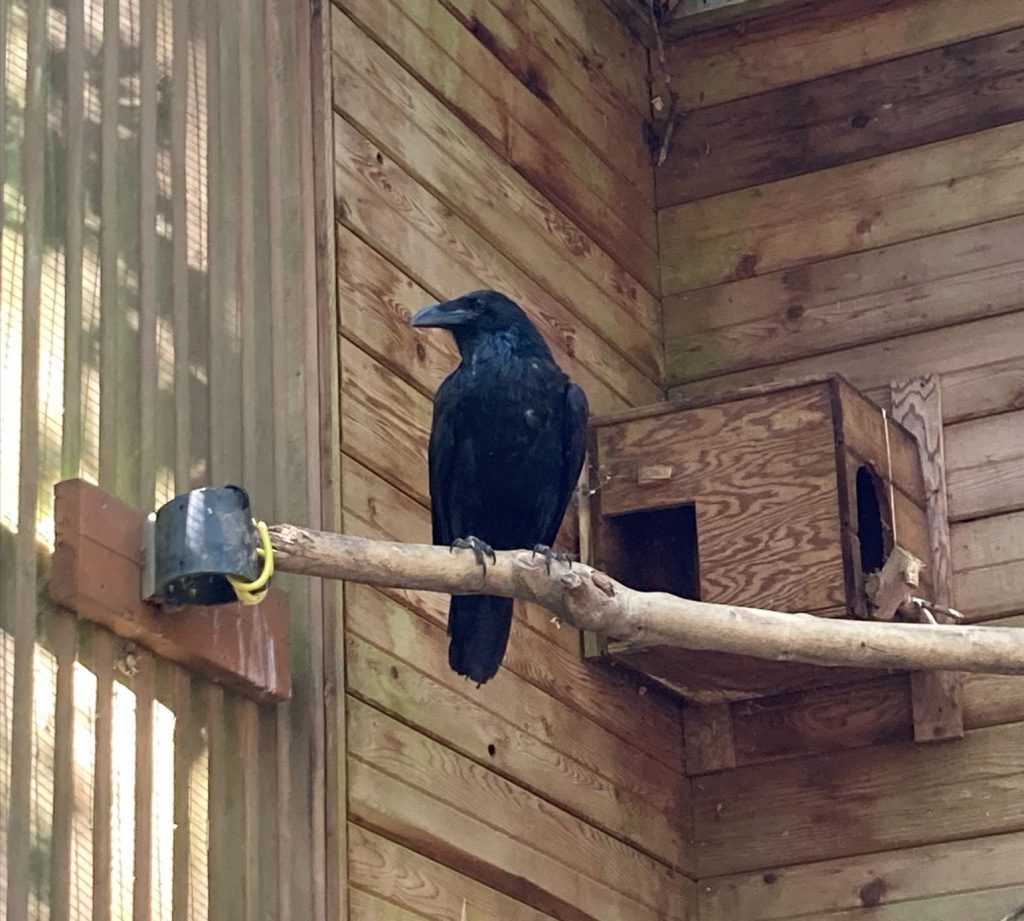 After a long trip back to Haida Gwaii, this Raven has successfully been released back to nature, where they belong.

Watch the touching video put together by Dr. Walton of the Raven’s journey: https://fb.watch/7aub49mh50/

A special thank you to everyone involved in this rescue!

Dr. Walton is an amazing advocate for animals and works hard to provide veterinary services and educates the public on common issues and how to prevent them. Thank you, Dr. Walton and all the staff at the Dewdney Animal Hospital for all your hard work, dedication, and compassion!

Thanks to Pacific Coastal Airlines for helping transport this corvid all the way from Haida Gwaii and back!

Thanks to the Gwaii Animal Helpline and all the compassionate beings in Haida Gwaii looking out for animals in need. It’s people like you who make happy endings like this possible!

Thanks to all the dedicated staff and volunteers at Wildlife Rescue that worked diligently for months to care for this beautiful bird!