Majestic and serene, Great Blue Herons are an important part of British Columbia’s ecosystem. The beautiful grey-blue colour of their wings can be spotted in both freshwater and saltwater wetlands as well as lakes, which they rely on as their food source since their diet revolves around fish.

Last month, three surviving Great Blue Heron fledglings were brought to Wildlife Rescue after a deadly tree fall knocked over nearby trees at a Heron Rookery in Tsawwassen First Nations land injuring and killing over a dozen of herons in their nests.

Thanks to the efforts of Wildlife Rescue staff and support from all of you the young herons were raised under supportive care at Wildlife Rescue hospital. One heron was much older than the other and developed his skills quickly and therefore was released a few weeks earlier, the second heron joined him a few weeks later. Check out the full story here

The herons were handfed, and tube-fed until they were old enough to self feed and demonstrate strong flight and hunting skills. They were given a simulated nest that helped mimic their rookery environment. With progressive development, the herons were both moved to a larger enclosure where they moved from perching on the lowest to the highest level. The enclosures allow for natural flight development and prepare the herons to return home with the skills they need to survive. 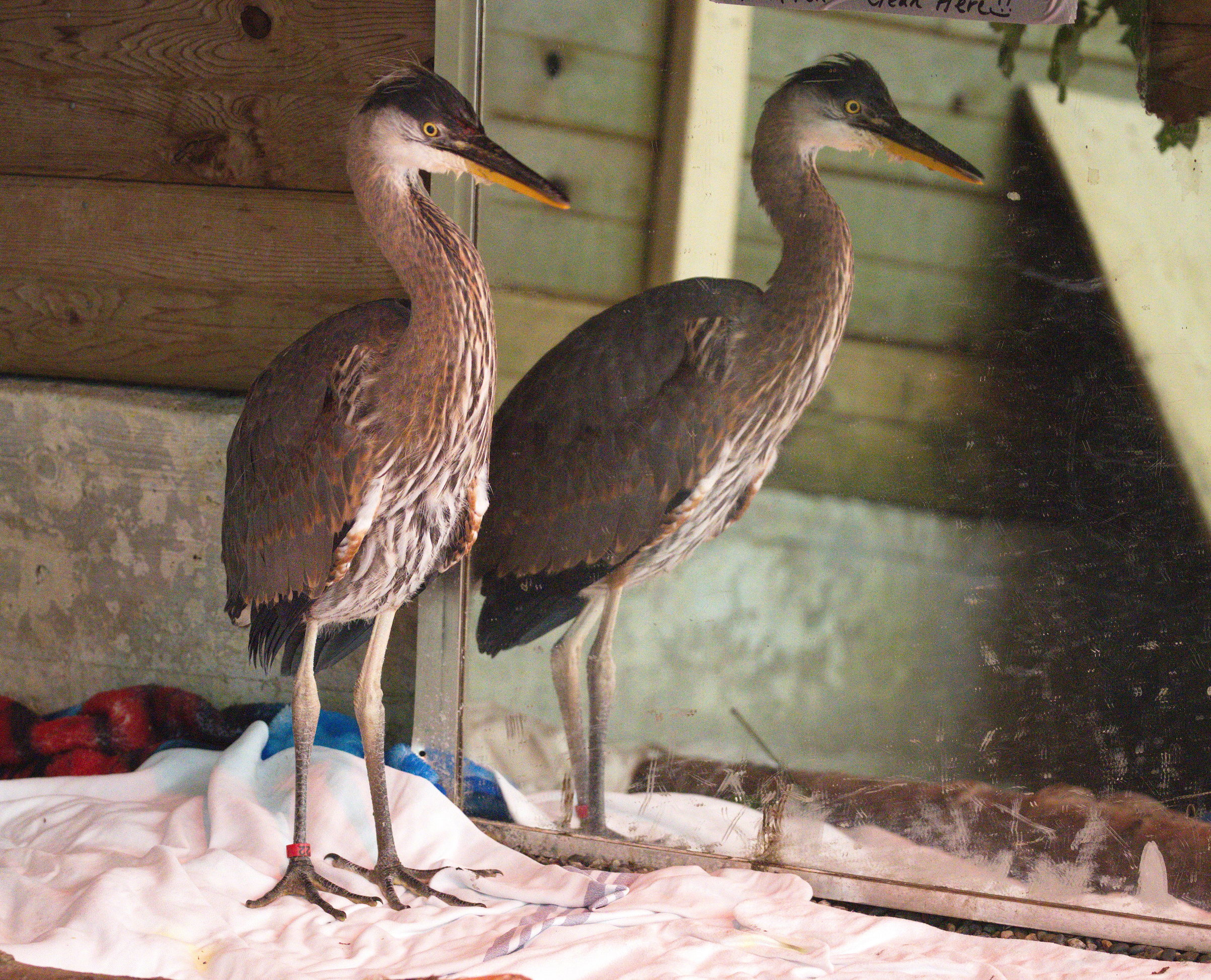 While the Great Blue Herons released by Wildlife Rescue are prepared for success in the wild, they may still face other threats.

Thankfully, there are still plenty of ways to make sure Great Blue Herons flourish in the wild.

Of course, helping injured birds is another great way to help. If you see a bird that has exposed bone or blood, bugs or insects covering it, no feathers, or a bird that is sleeping, human intervention is required. Call Wildlife Rescue’s Support Centre at 604-526-7275. To help us return your call quickly, please leave your contact information and observation. We will make sure the bird is treated with kindness and compassion.

If you would like to help with the many efforts of the Wildlife Rescue Association, please click here to learn more.