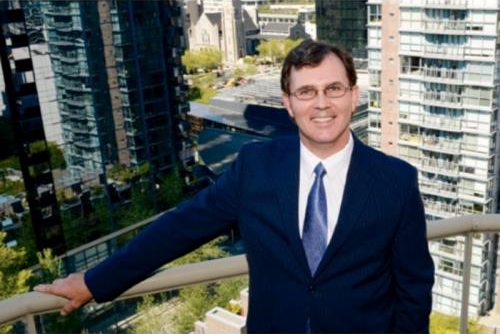 In January of this year, Wildlife Rescue lost one of its own. Kieran Bridge has worked as Wildlife Rescue’s lawyer since the late-1980’s. His involvement in the organization pushed WRA to new heights, helping in whatever capacity was asked of him with a passion so rarely found in people.

During his many decades with Wildlife Rescue, Kieran worked with so many different people. Here are a few comments our executive directors have to say about Kieran.

Kieran Bridge began working with Wildlife Rescue back in the late-1980’s as part of the team responsible for legal stewardship of the Visions Of Our Vanishing Heritage art collection.

Kieran’s work with WRA became more involved in the early 1990s, as legal advisor to the Association, helping oversee the development of a broad range of legal and policy documentation. In more recent years, in his role as WRA’s legal counsel, he was invaluable in helping WRA rightfully secure several significant planned gifts. He was always available to help, in whatever capacity was needed. And so it remained, until his most untimely passing in late January of this year after a brief illness.

Kieran was a brilliant lawyer and a fierce defender of WRA’s interests for three decades. Above all, he represented the very best that the legal profession has to offer: a principled pragmatist with a penchant for doing the right thing, simply because it was the right thing to do. Kieran never sought to gain any personal or business advantage from his involvement with WRA, and always managed to find the most cost-effective outcomes for our limited means. In all ways, he was as good to us as we could have possibly asked.

Kieran was a champion of this organization and it is with tremendous sadness that we bid him farewell. Although he would never thank us for the public plaudits, he truly deserves to be remembered alongside the most influential and important people that have worked on behalf of WRA over the last 40 years.

It has been a true honour for Wildlife Rescue to be the recipient of the Kieran’s legal expertise and generosity. His sincere commitment to wildlife lead him to volunteer his services for over 30 years. Kieran is a dedicated naturalist and his love for wildlife will forever live on through this organization.