A Day in the Life of a Waterfowl Rescue Volunteer

Volunteers are an integral part of Wildlife Rescue and they are involved in every aspect of the work that we do. We deeply appreciate each and every person that generously gives their time to help give our wildlife patients a second chance at life. Join us this week as we take a sneak peek into an average day for volunteers at Wildlife Rescue!

As a waterfowl rescue volunteer, I’ll get a text message from the Wildlife Rescue Support Centre with the location, contact info, and a brief description of the situation.  I will respond with an estimated ETA, and then contact the finder (the community member who found the animal), just to confirm the address and any other details.  After a quick check of my vehicle, to make sure I have all the equipment needed (kennels, towels, blankets, nets, gloves, food for luring)-I’m off! 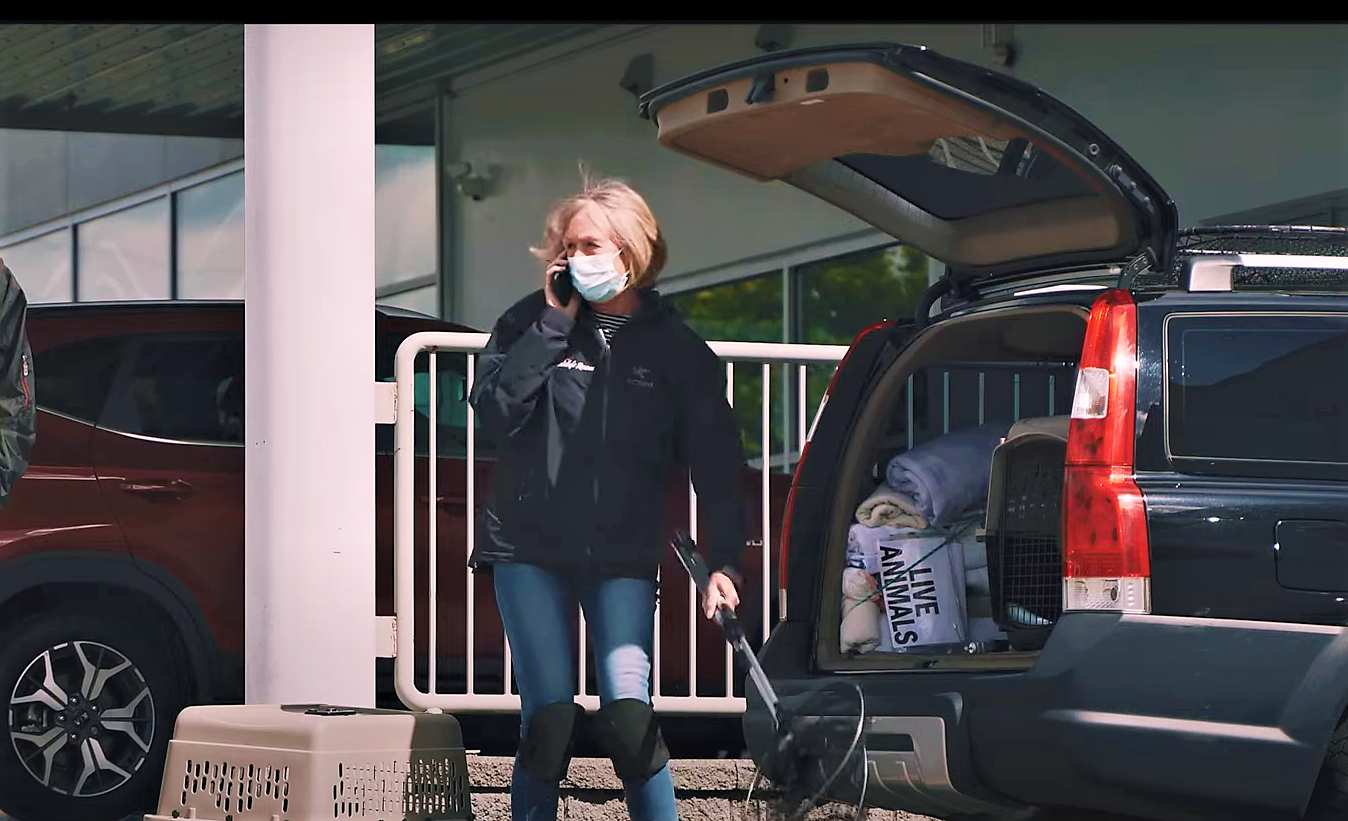 Rooftop rescues are usually done with a team of two or three, but there are cases when there just isn’t another team member available.

In this case there was a Canada goose family nesting on a balcony of a 4th floor condo at the east end of False Creek.  The mom and goslings were on the patio, but the dad was on an upper ledge. For safety, and the least stress possible on the animals, I decided to catch the mom, get her in a kennel, then get the babies into the smaller kennel.  The dad flew down to the ground, and by the time I got down with the mom and babies, he was waiting there, honking for his mate.  As I carried the mom and goslings, he followed us across the street to the water’s edge where the family was released, all together again.

As soon as one rescue and release is complete, there is usually another to go to! 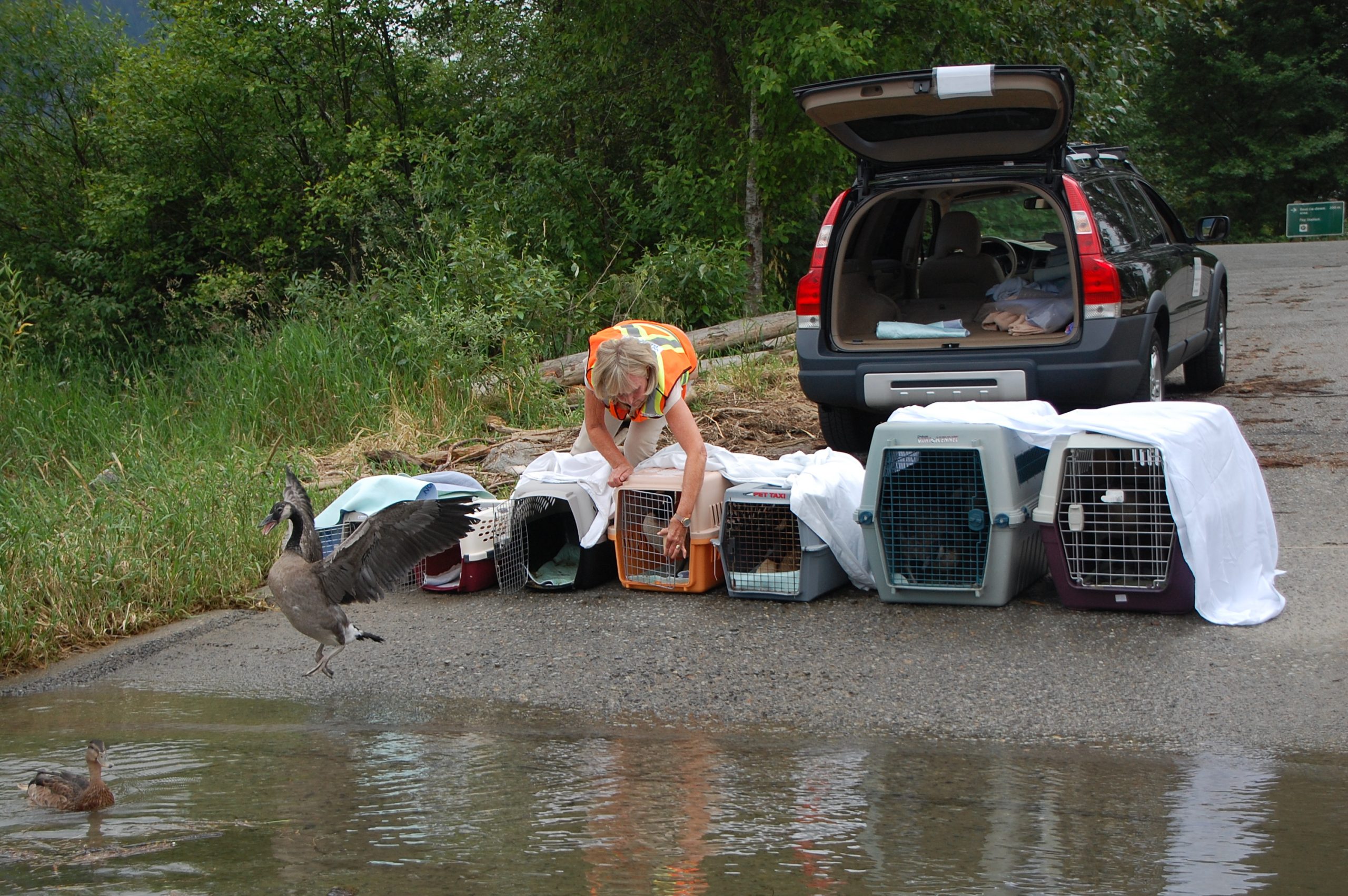 My next stop was to rescue a group of Mallard ducklings trapped on a ledge. The mom and some of the ducklings had made it to the ground and headed for the nearby pond.  I quickly climbed up to access the ledge, scooped up the remaining babies, and took them to the pond to reunite with their family.

After that, I headed over to a downtown rooftop where a young Gull tangled up in garden netting. The parents were not happy with us being up there.  We used an umbrella for protection from the dive-bombing parents and finally got the young gull free. We carefully removed all of the netting to prevent future entanglements. 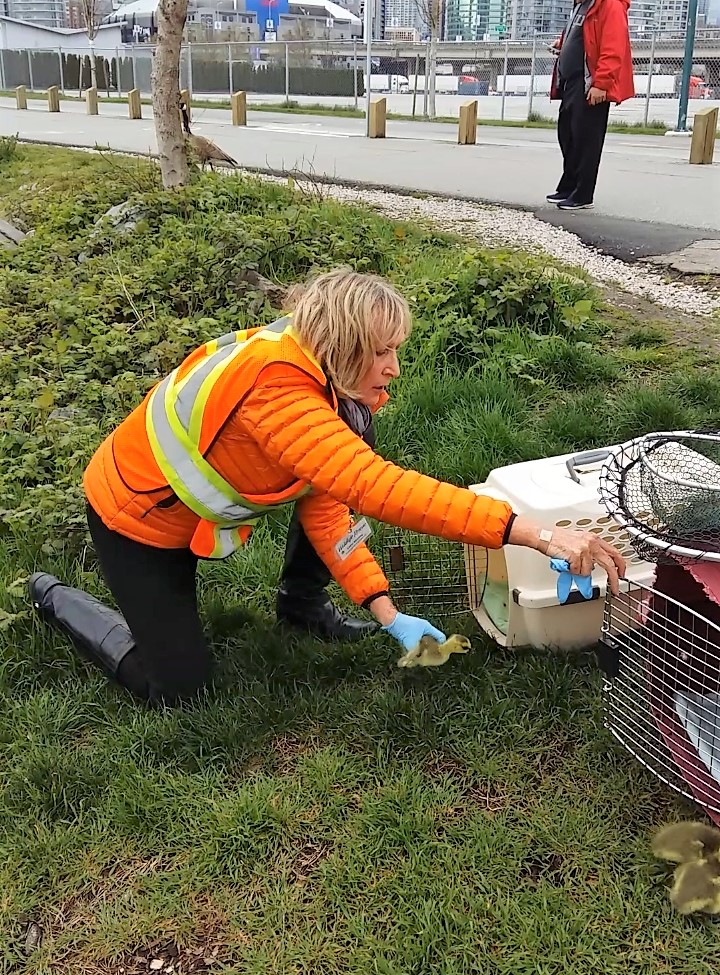 My last rescue of the day was another Mallard family rescue, this time trapped in an inner courtyard with no way to get out.  Female mallards are notoriously flighty, so it can be challenging to capture her without her taking off and abandoning her babies.  We use a domed tent-like structure to herd her into so we can net her, then scooped up the ducklings.  With the entire family rescued, we were off to the nearest suitable water source, where they were successfully released. 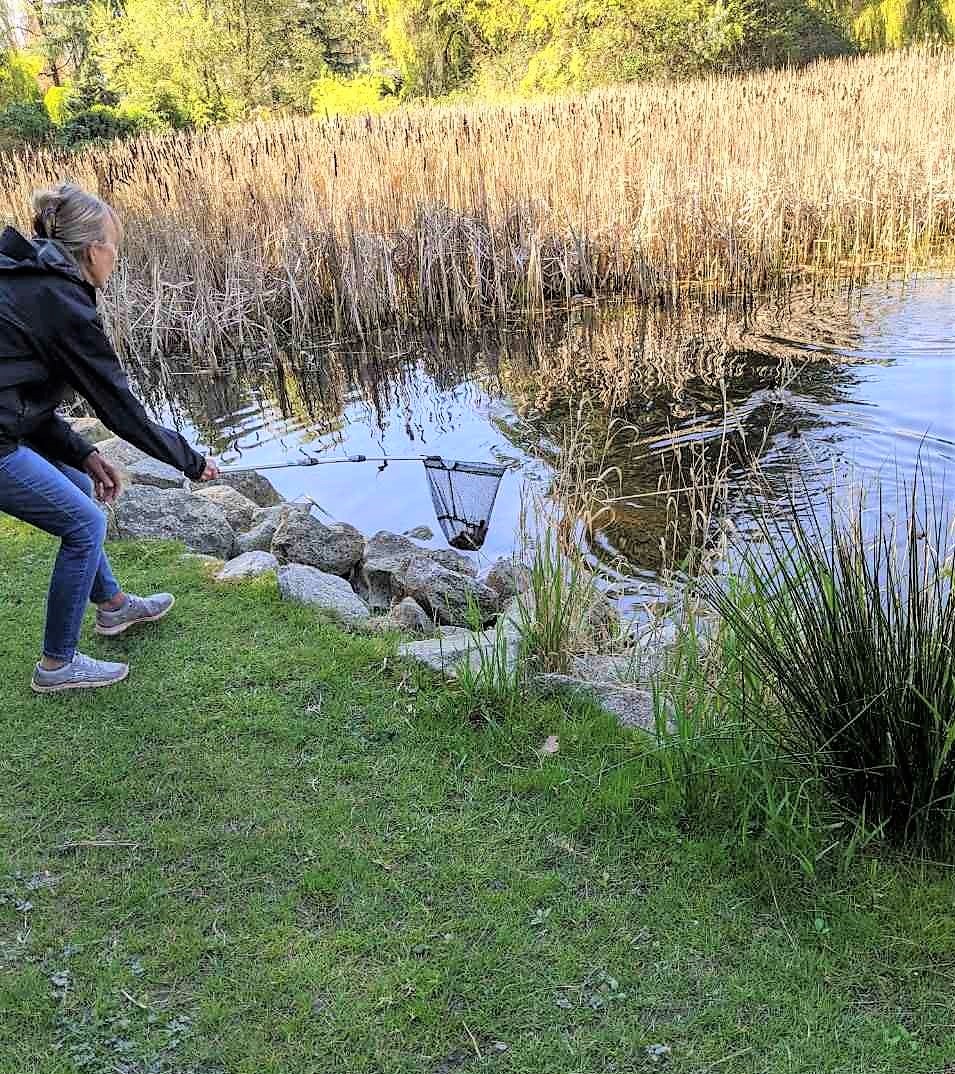 Throughout the busy Waterfowl Rescue season there are lots of calls about waterfowl in need of rescue. But, there are also always calls about orphaned skunks, raccoons, beavers, opossums and more! I try to fit these calls in between the roof top rescues and help as many animals as possible

At the end of the day, I clean out the kennels, replenish supplies, and get ready for another day of rescues!

Join the team! Learn more about volunteer opportunities and how to apply >