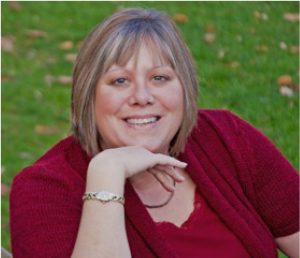 For the last twenty years, I have had the privilege of a career in wildlife response and rehabilitation. Working with wild animals and the teams of people that dedicate their lives to reducing suffering is a humbling experience that has shaped who I am. My past leadership experience has been with Acadia Wildlife Foundation, Tri-State Bird Rescue & Research, International Bird Rescue and Focus Wildlife. In the last five years, I have focused on how we as humans create the world around us. Through my business founded in 2010, I provide services for mediation, professional coaching, and business development. I work with progressive non-profits such as BC SPCA and Community Futures, as well as evolving small businesses.

It is a pleasure to bring all my skills to bear as Executive Director of the Wildlife Rescue Association of BC (WRA). I have been involved with WRA since 2006 and am the most recent Past President of the Board of Directors. It is an honor to work with an amazing team of people as we contribute to the present and future of such an important organization. 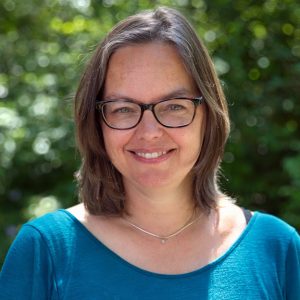 Linda joined the WRA team as an animal care volunteer in 2006. She has a varied background that includes a degree in surgical nursing, a Master of Arts in Environmental Science, and five years of experience working as an environmental consultant in the Netherlands. Linda has had many different positions within Wildlife Rescue including Wildlife Rehabilitator, Volunteer Coordinator, Team Leader of Wildlife Rehabilitation and Programs Director. In addition to her work at Wildlife Rescue, she resides on the Board of Directors for the Oiled Wildlife Society of BC. 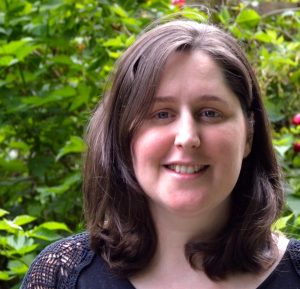 Janelle began her journey at Wildlife Rescue in 2005 when she signed on as a volunteer. Through the years she moved up from this position starting with work as a summer staff member, then casual staff, a wildlife technician, communications coordinator and then finally the Wildlife Hospital Manager.

Janelle has a BSc in applied animal biology, with a focus on wildlife, animal welfare, and animal nutrition. She also has a diploma in Environmental Science.

She has worked with animals her whole life and is dedicated to improving the lives of animals everywhere. 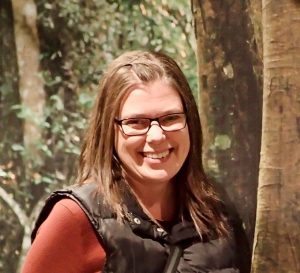 Sheila returned to the WRA team in 2016, after serving as WRA Administrator for 3 years (2009 – 2012). A native of Ontario, she moved to BC in 2005 to volunteer at a local wildlife conservation centre before starting a volunteer position at Wildlife Rescue in 2009. She has a BSc degree (Zoology) from the University of Guelph and an Associate Diploma In Veterinary Technology from Ridgetown College, Ontario. Prior to joining WRA, Sheila gained valuable experience in administration and animal care at The Smithsonian Conservation Biology Institute in Virginia and a small animal veterinary clinic in Ontario and BC. 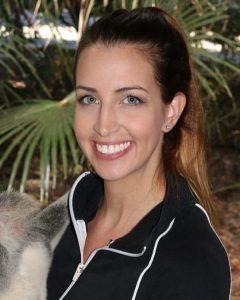 Stephanie joined the WRA team in early 2019.  Her previous role involved coordinating an environmental leadership program to help diverse and underrepresented young people pursue positions of power in the U.K. In addition to completing a BA in Psychology and Masters of Social Work in Ontario, Stephanie also worked in the field of HIV prevention in Ontario and Brisbane, Australia.  During her time in the non-profit sector, Stephanie has developed a passion for leadership and project management. Her interest in nature and wildlife stems from growing up in Sault Ste. Marie, Ontario amidst the beautiful Great Lakes. 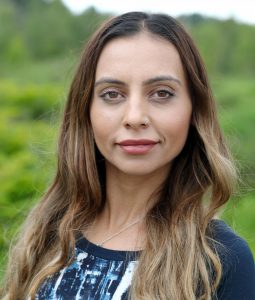 Vindi joined Wildlife Rescue in April 2019 as the Communications Coordinator. With a passion for communications, marketing, development and organization, Vindi completed her Bachelor of Arts in Professional Communication and minor in Marketing from Royal Roads University. Her experience in various corporate, non-profit and small business organizations has allowed her to develop a versatile portfolio that allows her to step into tasks and challenges with ease.

Vindi is able to communicate professionally with internal and external stakeholders with confidence and build rapport with everyone she meets.

In her spare time, she enjoys yoga, nature and spending time with animals.

Mira Ziolo is the Lead Veterinarian for Wildlife Rescue Association of BC and is dedicated to building healthier relationships between wildlife and people.  After graduating from the Ontario Veterinary College in 2007, she traveled through Europe, East Africa, and Canada as a locum veterinarian and consultant at wildlife-human interfaces.  Today, she lives on Vancouver Island, supports Wildlife Rescue, works as an emergency and locum veterinarian, and is completing an interdisciplinary Ph.D. (UBC) at the Mountain Gorilla-Human interface in Rwanda and Congo.  She intends to pair her knowledge and experiences from global wildlife-human interfaces with our incredible species and communities in BC.  On her off time, she loves biking, running, diving and just generally exploring new places and communities with her Border Collie, Beau.

Emma joined the Wildlife Rescue team in October 2017 as an intern in the wildlife hospital. After her 4-month long internship, she was brought on as a junior wildlife technician and also adopted the role of development & outpatient care assistant. She is now a full-time wildlife technician and is dedicated to helping wildlife thrive & survive in our growing urban environment. She has a background in education, holding a BA in Child and Youth Studies with a minor in Psychology, and hopes to use these skills to teach others how to co-exist with our wild neighbors!

Emma grew up in rural Nova Scotia, spending much of her spare time camping, hiking and appreciating the beauty nature has to offer. She continues to do so on the West coast and is enjoying learning about British Columbia’s natural history. Emma has taken on a keen interest in birds specifically, dubbing herself a “bird nerd.”

Kimberly’s career began at the Wildlife Rescue Association of British Columbia in June 2019 as a Registered Veterinary Technician. Kimberly attended Holland College for Environmental Science Technology in her hometown of Charlottetown, Prince Edward Island. She then moved to Northern Ontario to study Veterinary Technology and Wildlife Rehabilitation at Northern College of Applied Arts and Technology. Kimberly graduated with an Advanced diploma in 2016 and began working in the field of veterinary medicine in animal hospitals all across Canada. She moved to British Columbia in December 2017 to begin her journey in wildlife rehabilitation. In her spare time, Kimberly enjoys spending time outdoors with her dog Maddie.

Meghan grew up in Burnaby, BC constantly surrounded by animals and nature. She is passionate about environmental sustainability and protecting the ever-increasing vulnerability of urban wildlife. She indulges in many hobbies such as knitting, baking and exploring the different (introduction) dance classes the city has to offer!

Seth started at WRA as an Animal Care Volunteer from 2015–2017, returning as a Jr. Wildlife Technician in 2018. In this role, he works with a team of staff and volunteers to provide day-to-day treatment and care to our animal patients, while assessing their progress and modifying treatment plans as necessary.

Seth holds B.Sc. (Honours, Memorial University of Newfoundland) and M.Sc. (Simon Fraser University) degrees in Biology with a focus on wildlife ecology. He has worked hands-on with wildlife, specifically seabirds, since 2012. You can see Seth in action in the field at funkisland.ca/videos (filmed in 2013). You can often find Seth volunteering at local bird observatories, where he enjoys the challenge of identifying birds and (trying to) determine their age.

Seth is an experienced educator and mentor and he loves to share his knowledge with others. He holds a Certificate in University Teaching and Learning from Simon Fraser University, and has worked for several years as a teaching assistant for undergraduate biology courses. Seth also volunteers in the Vancouver Aquarium’s Education Department, where he encourages kids of all ages to learn to love the sea.

Brandon joined Wildlife Rescue Association in the spring of 2018. As a Jr Wildlife Technician, he helps maintain the flow of care and treatment for all the patients on-site as well as organizing the volunteers to ensure that all the patients receive the greatest welfare possible before they are released. A large part of the job is overseeing the treatment plan for every patient alongside his coworkers. As a resident bird expert, he checks that all the information about the birds is correct before a treatment plan is made.

His academic and work-related backgrounds are in biology and ornithology. Having spent time working in the field studying birds in Alberta and banding birds with the Iona banding station, he has acquired an acute knowledge of native birds and their ecologies. It was his time working with birds in their native habitat that taught him the value of conservation and how amazing birds can be! His passion for birds has led him to seek out as much as he can learn about all the birds in his backyard. He has also gained extensive experience caring for animals in captivity where he has obtained significant knowledge related to enclosure design and enrichment.

Brandon has an eye for creativity and enjoys many hobbies such as photography, crafting, and dance. He will often use his creative mind to come up with unique solutions for unique situations at the centre.